If You Can Think It, You May Want to Ignore It 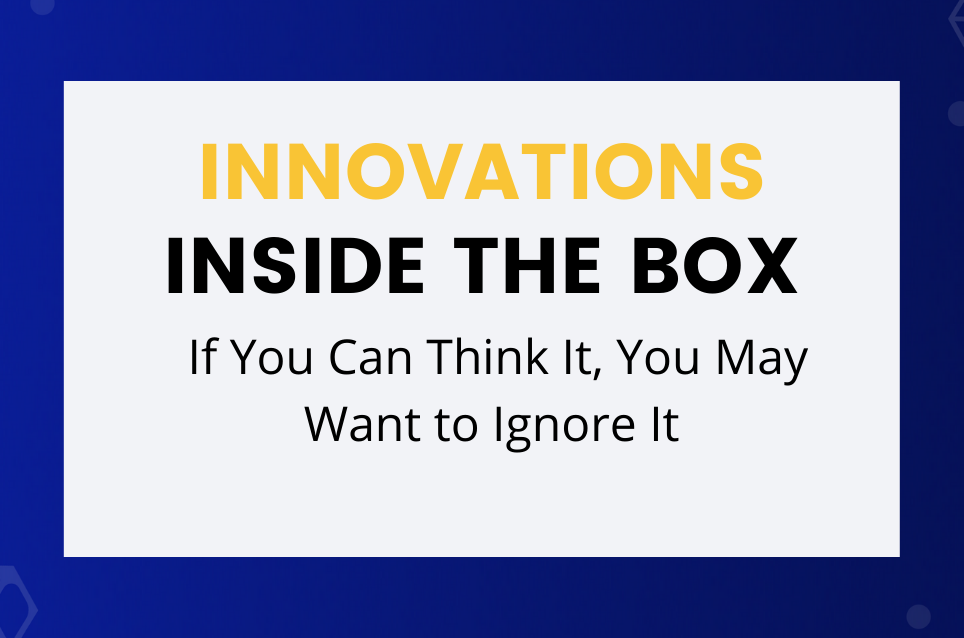 Imagine you and your colleagues are sitting at a meeting listening to a proposal from one of your suppliers. It’s an interesting proposal about a new innovation that can help you and your team. You have first rights to the new concept before they shop it around to your competitors.

But something is bothering you. You remember reading a story in the newspaper just last week about a company that tried something new. It invested too much time and money in a new concept. Then their business turned bad, people lost their jobs, and the company went out of business. The local community was devastated. You recall vividly how it ruined many families.

Even though your supplier showed solid evidence for the innovation, you decide to pass on it. They take it to a competitor who scoops it right out from under you.

So what happened? You may have been a victim of a cognitive bias called availability.

Using the availability heuristic, people judge the probability of events by the ease with which instances could be brought to mind. We believe an event to be more likely to occur if we can think of more examples of that event.

It also has another affect on our judgements. The easier it is to recall the consequences of something, the greater in magnitude we perceive these consequences to be.

We tend to rely heavily on more recent information. We are especially affected by vivid, unusual, or emotionally charged examples. So we make those memories more important, and we make bad decisions based on them.

To avoid availability bias, keep these pointers in mind:

Be wary of things you learn in the media. Just because something is reported in the newspaper does not make the event more likely to occur. In fact, it’s usually just the opposite. The media likes to report things that are bizarre and highly unlikely. Don’t rely on these events as evidence for doing or not doing something.

I know it’s counterintuitive, but you’ll make better decisions and show better judgement if you downplay what you already know about a situation. It goes along with the old saying, “It’s not what you don’t know that will get you; it’s what you know that ain’t so.”