Episode 074: The Beatles Get Back to Basics With Structured Creativity 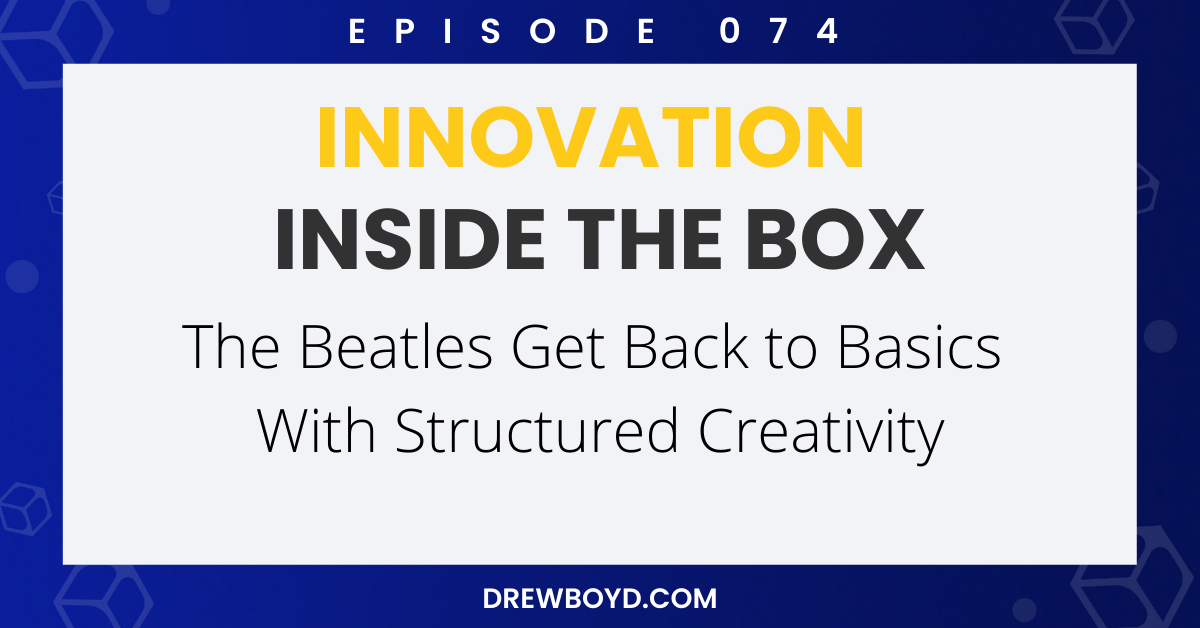 The Beatles are making a comeback.

They are making a comeback but in a different format than we’re used to. They are appearing in a new documentary called Get Back which you can stream now on Disney Plus. The documentary is a distilled version of over 150 hours of footage of the Beatles from back in January of 1969. In it, they attempt to write and record 14 songs in just over two weeks. It is truly a spectacle to see how they produce music together.

I thought it would be interesting to dive into the documentary and consider it through the lens of creativity. So, in this episode, I discuss some of the lessons of structured creativity we can learn from Get Back.

In this episode you’ll hear:

Resources from this episode:

Downloadable scorecard to rate your idea