Innovation Sighting: Attribute Dependency and The Total Eclipse of the Sun 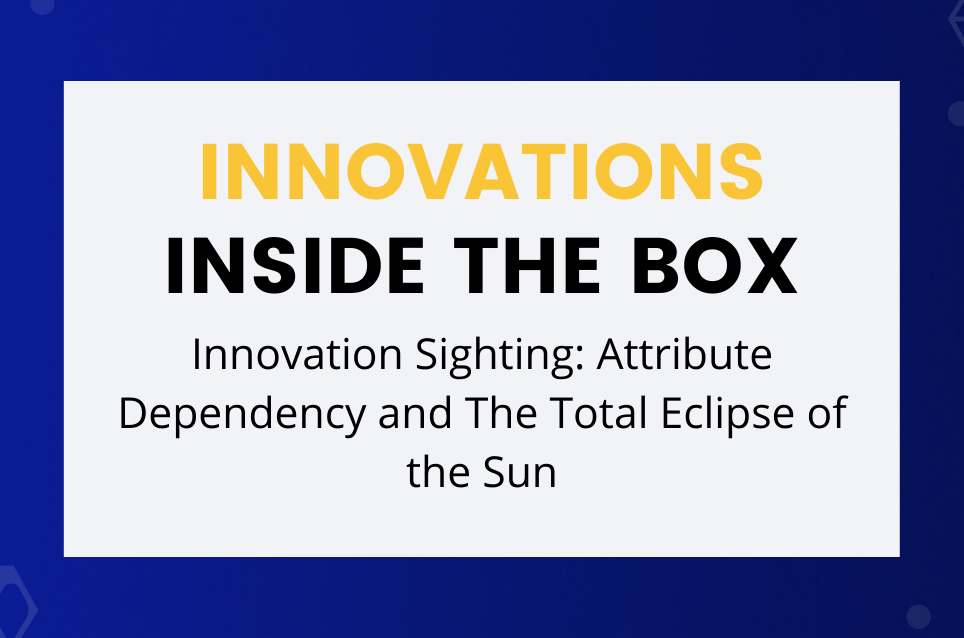 The United States Postal Service has just released a “first-of-its-kind” stamp that changes appearance when you touch it. What has inspired this small nugget of innovation? The August 21 total eclipse of the sun. It will be the first total eclipse to be seen in the U.S. mainland since 1979. Even more, a total eclipse has not traveled the entire span of the United States since 1918. Since millions of people hope to witness this historic event, the
USPS decided to commemorate it with a Forever Stamp.

It just so happens that this newly issued stamp is a great example of the Attribute Dependency technique – one of the five innovation methods that make up Systematic Inventive Thinking (SIT). Attribute Dependency works by creating (or breaking) a dependency between two attributes of a product or its environment. The Total Eclipse of the Sun Forever Stamp works in this way as the picture on the stamp changes when one rubs their thumb over it.

According to the United States Postal Service:

The stamp image is a photograph taken by astrophysicist Fred Espenak, aka Mr. Eclipse, of Portal, AZ, that shows a total solar eclipse seen from Jalu, Libya, on March 29, 2006.

In the first U.S. stamp application of thermochromic ink, the Total Eclipse of the Sun Forever stamps will reveal a second image. Using the body heat of your thumb or fingers and rubbing the eclipse image will reveal an underlying image of the Moon (Espenak also took the photograph of the Full Moon). The image reverts back to the eclipse once it cools.

The stamp is a great example of how SIT methods can be applied to any product, great or small. And, anyone can learn to create by utilizing these innovative methods, including you! If you would like to get the most out of the Attribute Dependency Technique, follow these steps: