The Wheel: A Great Innovation? 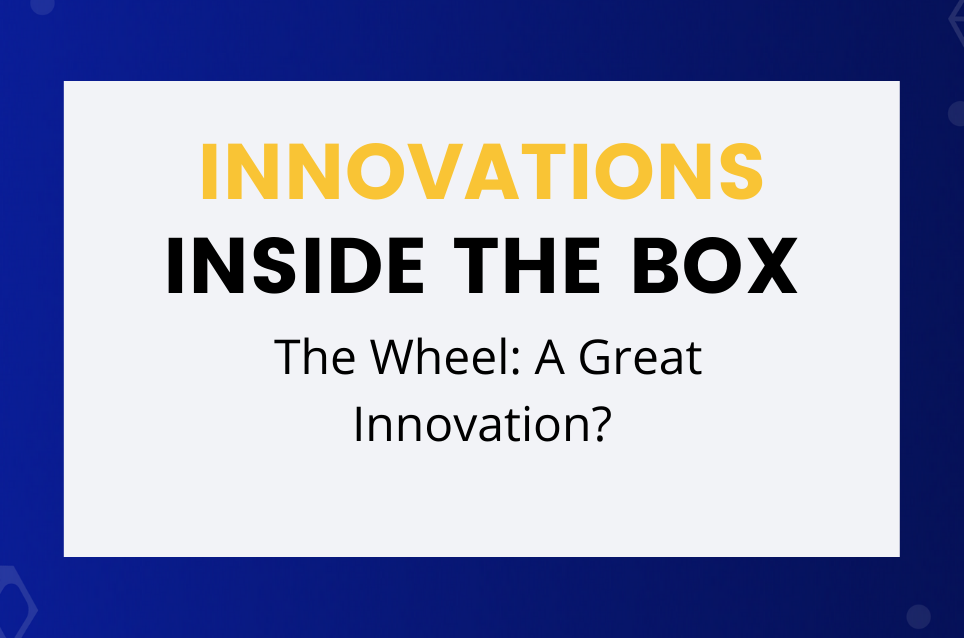 People who believe that the wheel is the greatest invention ever assume two things: That it was wholly new when it was invented, and that is was so wonderful that people adopted it immediately. Historically, neither is true.

What is true is that three different types of wheels evolved over time, but none of them were as great as sliced bread.

The concept of a wheel emerged a long time ago. Archaeologists uncovered evidence that Olmec children in southern Mexico played with toy dogs on wheels 3000 years ago. But their parents never transferred the wheel idea to carts or wagons. How could anyone who understood the concept of the wheel not have used it for transportation?

Here’s why. Ancient Mexicans lacked domestic animals to hitch to a wheeled vehicle. There was no advantage over human porters. A more important question: Was the wheel such a good idea that building a toy dog on wheels should inevitably have transformed a transportation system?

Evolutionary biologists tell us that modern humans have not improved their basic store of physical or intellectual capacities for 100,000 years. So when we migrated out of Africa to people the globe, we did it without the benefit of wheels. And we kept on walking and carrying the “stuff” that George Carlin would later poke fun at on our backs for the next 90,000+ years. We could divide up our stuff into manageable loads that were light and compact enough to carry. Finally, some 10,000 years later, we started loading some of our stuff onto the backs of animals.

This solution satisfied the transportation needs of most of the world down to the invention of the internal combustion engine, even though by that time some peoples had been using wheeled vehicles for over 5000 years. But carts and wagons weren’t all that common. So long as roads were seas of mud in rainy weather people thought twice about whether to entrust their stuff to a wheeled vehicle.

Wheeled transport is not an obviously good idea. People who insist that it was truly revolutionary ignore the fact that many societies that became aware of wheeled vehicles over the centuries chose not to use them. It took so many other innovations over a long period of time to make the wheel useful.