Why Apple Will Maintain Its Innovation Momentum 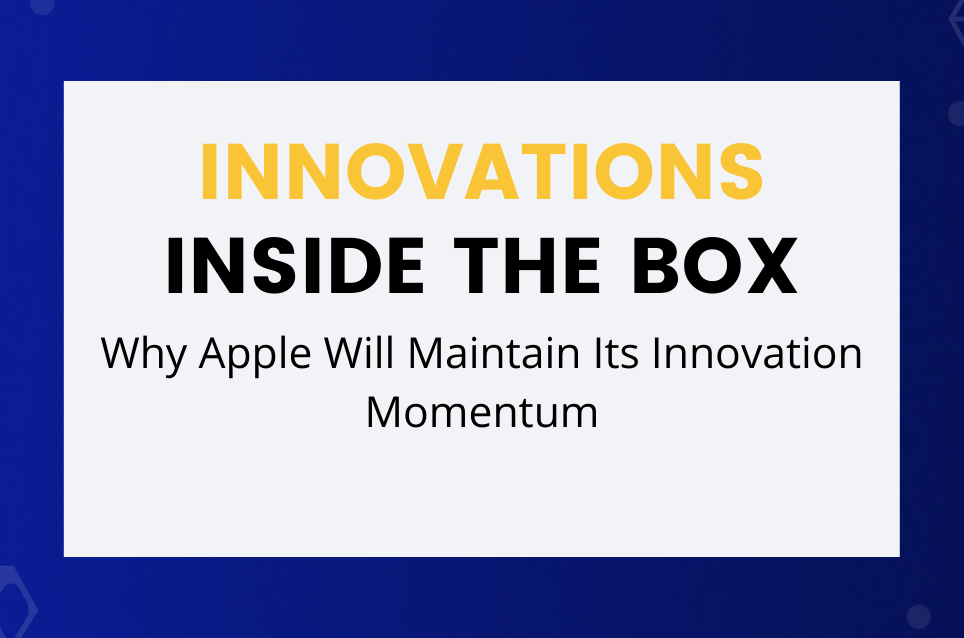 Apple’s successful launch of the iPhone 7 and 7 Plus leaves people wondering if the superstar company has lost its innovative edge. The market is anxious for Apple’s next big instead of incremental improvements to existing products.

I don’t believe Apple has lost its way. I say that not based on what they have or haven’t launched, but rather based on the methods they use to create new innovations. Apple is a prolific user of innovation templates, and these templates predict success.

Why are templates (or patterns) so important? For thousands of years, everyday innovators have used templates in their inventions, usually without realizing. In doing so, these patterns are embedded into the products and services you see around you every day. Think of the patterns as the DNA of a product or service. These patterns can be reapplied to anything to yield an innovative result, and this is exactly what Apple has been doing from the beginning…and will continue to do so.

These patterns were described by my co-author, Dr. Jacob Goldenberg, in his now famous research paper1, “The Voice of the Product: Templates of New Product Emergence.” His research proved that highly innovative products that succeeded in the market tend to follow one of five patterns, while highly innovative unsuccessful products tend not to. In other words, using patterns gives a company a tremendous edge in innovation.

Apple has it. Let’s consider some examples.

Defying all logic, Apple took out the calling feature of its popular iPhone to create the iTouch and it sold sixty million of them. This is a classic example of the Subtraction pattern.

Apple created apps and a way for iPhone users to create their own apps and distribute them through iTunes. Using the wisdom of crowds is what we call the Task Unification pattern.

Apple launched its first iPod after seven other competitors were in the market with superior MP3 players. It was a huge success because of its simplicity and design. Then Apple subtracted the LCD display. This simplistic innovation led to the highly successful iPod Shuffle. It subtracted a component thought to be essential by the rest of the industry. It kept the rest of the product “as is” without replacing it. In doing so, it sent a powerful message to consumers: that the shuffle function was easier and more fun to use than the MP3 players crammed with features.

Apple launched the second-generation iPod Shuffle in 2006. That also proved an enormous success. The company targeted ordinary iPod owners who wanted a second, less expensive player that was “jaw droppingly small,” according to Amazon. They also believed that the Shuffle’s price and simplicity would attract new users to the Apple brand. Eventually, these consumers might make a more dedicated leap to Apple products and purchase a more complex iPod or even a Macintosh computer. Indeed, many iPhone adopters came from the base of customers using the iPod. A study of iPod Shuffle users confirmed the perception of the iPod as unique and innovative. A simple subtraction of a component thought to be essential took the technology backward and moved music enjoyment forward—and changed the music-playing device world forever.

Listen to the voice of nearly Apple product and you will find all five patterns hiding within. Take the IPhone 7’s without the headphone jack. Sound familiar?

1Goldenberg, Jacob and David Mazursky. “The Voice of the Product: Templates of New Product Emergence”. Creativity and Innovation Management September 1999: 157-164.