Got a Great Idea? Don’t Take Credit For It 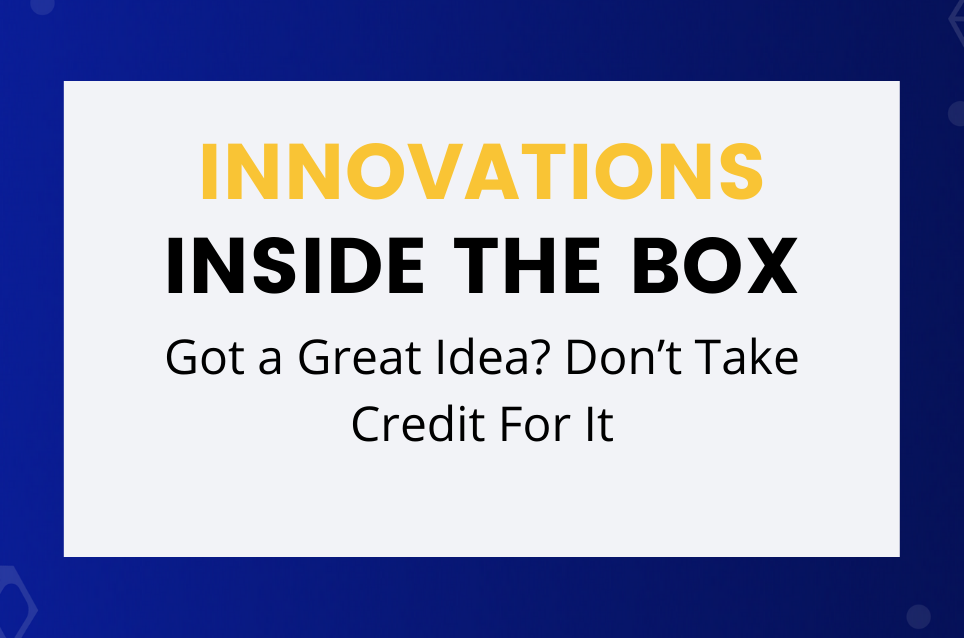 You’ve heard that old adage – “Don’t judge a book by its cover.” The same holds true in creativity. We want to resist the temptation of judging ideas depending on where it came from. Yet, its very difficult for us to do this. If we like the person, we tend to like their idea. And if we don’t like that person, well, let’s just say we might see a few more flaws than we might have otherwise.

Now you and your colleagues might not even be aware that you’re doing this. And what this means for you in practice is that you have to find a way to strip ideas of their identity.

You can boost the creative out put of your team just by making sure these ideas don’t get thrown out prematurely. Here’s how you do it. When you’re facilitating a session to generate ideas, announce to the group that there’s a new ground rule and the ground rule is simply this, people cannot put a name to any idea. That means that people are, are going to have to stop saying things like, “hey that was my idea,” or “hey, let’s go back to that great idea that Michael had earlier.”

People will find this hard to do. So, you’re going to have to be firm about the rule.

Another good technique is to tell people that whenever they have an idea, they have to write it down on a piece of paper, again, without putting anybody’s name to it. Every so often go around and collect those pieces of paper, and then pass them out randomly to people in the group, and have people take an idea and read it aloud to the rest of the group. That keeps the ideas anonymous.

And finally, another good technique is to have people work in pairs or groups of three. And whenever they share their idea, they do it as coming form the entire group, not just from one team member. And what this does is it makes it more difficult for other people in the group to figure out where that idea came from. It helps them eliminate that natural tendency to have a bias to that idea. Now these techniques might take a little bit more time and may feel a bit awkward, but trust me it’s well worth it.

You’ll boost you’re creative output at work by making sure good ideas don’t get thrown out too quickly.